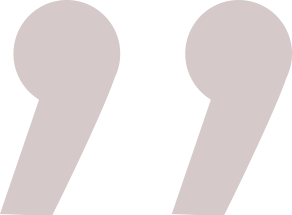 I’ve just been finding myself to be able to be capable of doing things that I couldn’t do a long time ago.”

“I am on my feet 8-12 hours a day, if not more,” says David Zarek, who works in law enforcement and security. His job keeps him on the move, running up and down stairs, walking across roofs, and climbing ladders.

David’s diabetic peripheral neuropathy and three back surgeries caused nerve damage in his legs and feet, leaving him in considerable pain and thinking it might be time to retire. However, after ultrasound treatments at RealWave Neuropathy Treatment Centers in Southfield, David now plans to work for a few more years.

David credits his podiatrist, Meaghan Stoinski, DPM, for referring him to RealWave Neuropathy Treatment Centers. “She started talking about this wonderful new company,” he says, but more importantly, she told me, “…my insurance also covers it.”

At his first appointment, the nurse practitioner administered diagnostic tests to assess the nerve conductivity and blood circulation in his legs and feet. His treatment plan included RealWave ultrasound treatments and RealPulse treatments, a form of low-wave mechanical energy that increases blood flow and amplifies the positive impact of the ultrasound treatment.

After his second session of RealWave ultrasound, David says, “I started to notice a little bit of a difference. I noticed that parts of my feet weren’t hurting as bad. And, then it was getting progressively better as the weeks went by.”

“It has been nothing but phenomenal,” says David. “I go roughly two times a week…just because it makes me feel really good having the treatments.”

When speaking about the RealPulse treatment, David says, “I love it. It kind of wakes your feet up, and then the RealWave [ultrasound] starts to soothe them.” RealPulse is especially beneficial for patients experiencing ongoing numbness, poor circulation, and non-healing wounds.

David says, “I’ve just been finding myself to be able to be capable of doing things that I couldn’t do a long time ago. And it has been refreshing. It’s been wonderful. It gives me a new lease on life. “